New Jersey Trooper gets student to exam on time 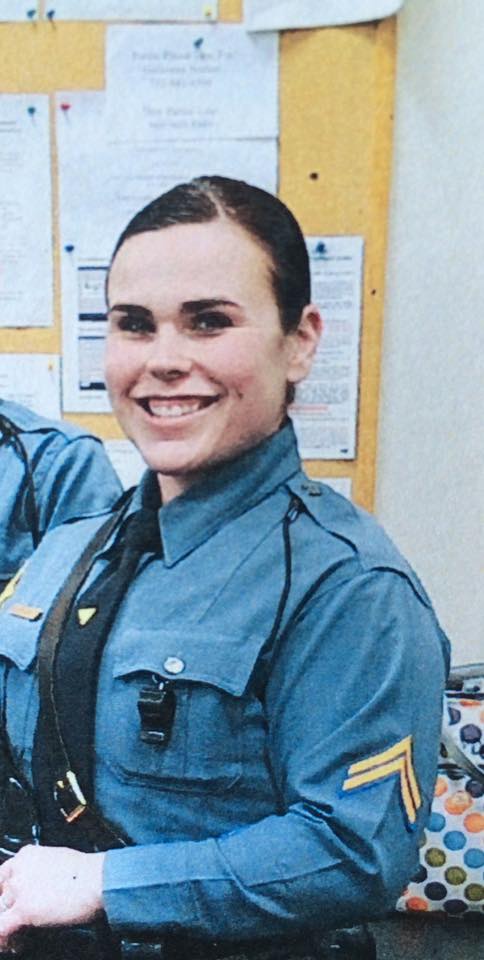 A recent 911 call for service to the New Jersey State Police did not turn out to be the usual call for a disabled vehicle on the Garden State Parkway. On May 4, at 9:02 a.m., a call came into the Galloway State Police Station for a vehicle fire on the roadside at milemarker 61.2 in Eagleswood Township. Trooper Kimberly Snyder said she was the closest trooper in the area and rushed to the scene. When Snyder arrived she said she could see smoke billowing from the engine of a 2005 Nissan Frontier. “When I got there I found out he actually blew out his radiator and it was overheating,” said Snyder. She called for a tow truck and the driver John Lancellotti explained he was driving to take a final exam at Stockton University at 10 a.m. Lancellotti said his parents were working out of the area and couldn’t come to pick him up. It was then that Snyder said she made a decision to make sure Lancellotti arrived on time to take his final exam. Snyder, 35, said Stockton University is part of her patrol area, so she drove Lancellotti to the school. “He told me his father is retired from the job and he really appreciated that I did that for him. It was important for me to do it because he seemed like a good kid and he needed help to get there,” she said. “I felt bad he had to roll up in a troop car, but he made it on time. I was just doing my job,” said Snyder, an 11-year veteran of the State Police. A statement from the State Police this week said, that in a situation like this, a trooper is required to relay a stranded motorist to a safe area where the motorist can make arrangements for a ride home. But Snyder went above and beyond the call of duty, the release said. “Not too often do we come in contact with people on good terms. Usually they’re not happy, especially if we have to write them a ticket and it’s bad circumstances. It’s nice to do something under good circumstances,” Snyder said. A letter to State Police from Lancellotti’s parents said the ride from Snyder was a big deal to them and to their son. The letter said they were touched by Snyder’s professionalism and character and they were extremely grateful that she helped their son during a very stressful time.