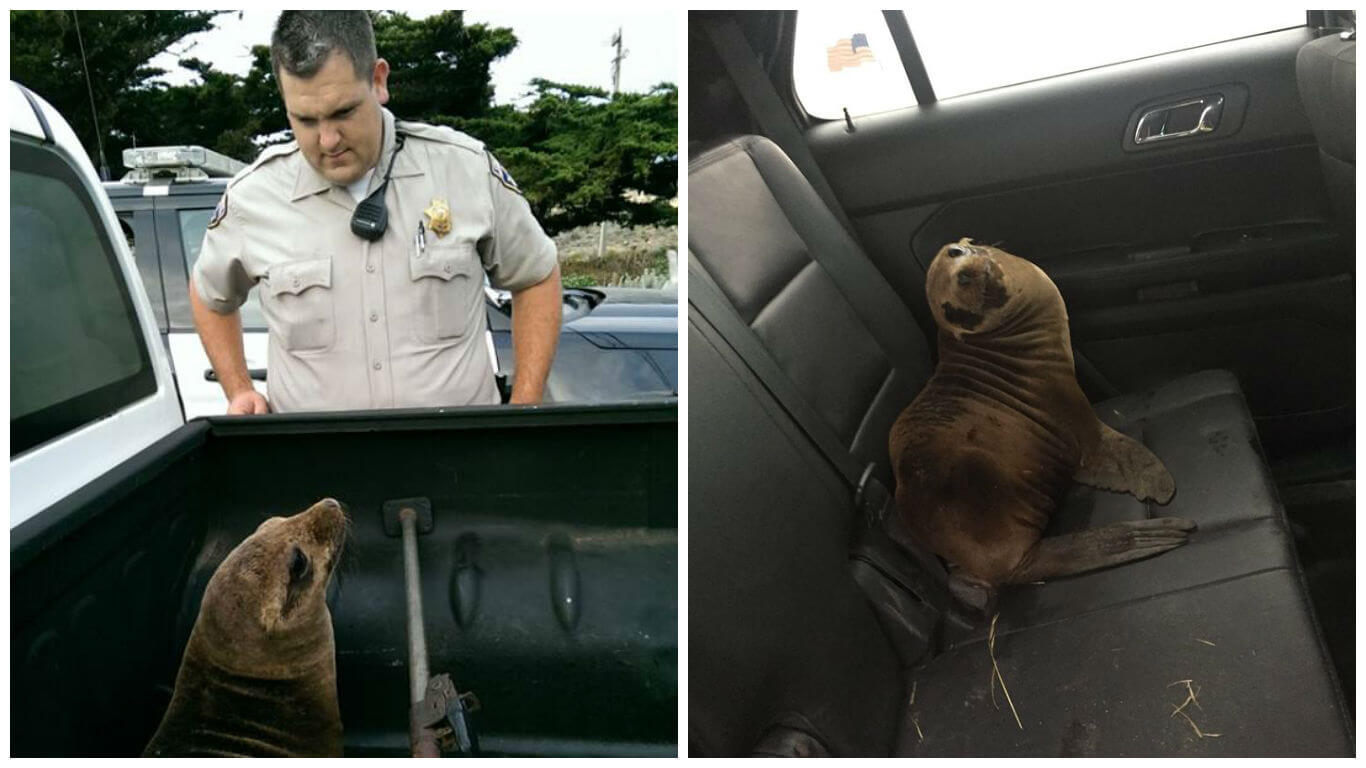 Over the weekend Officer Alameda found a seal stranded on Highway 1 near Marina. Officer Alameda put the seal in his patrol vehicle and transported him to the Marine Mammal Center. During their initial contact Officer Alameda mistook the seals signs of affection and gratefulness as hostile bites. Officer Alameda and the seal made up and left each other on good terms.