Massachusetts State Trooper Saved a Woman from a burning car 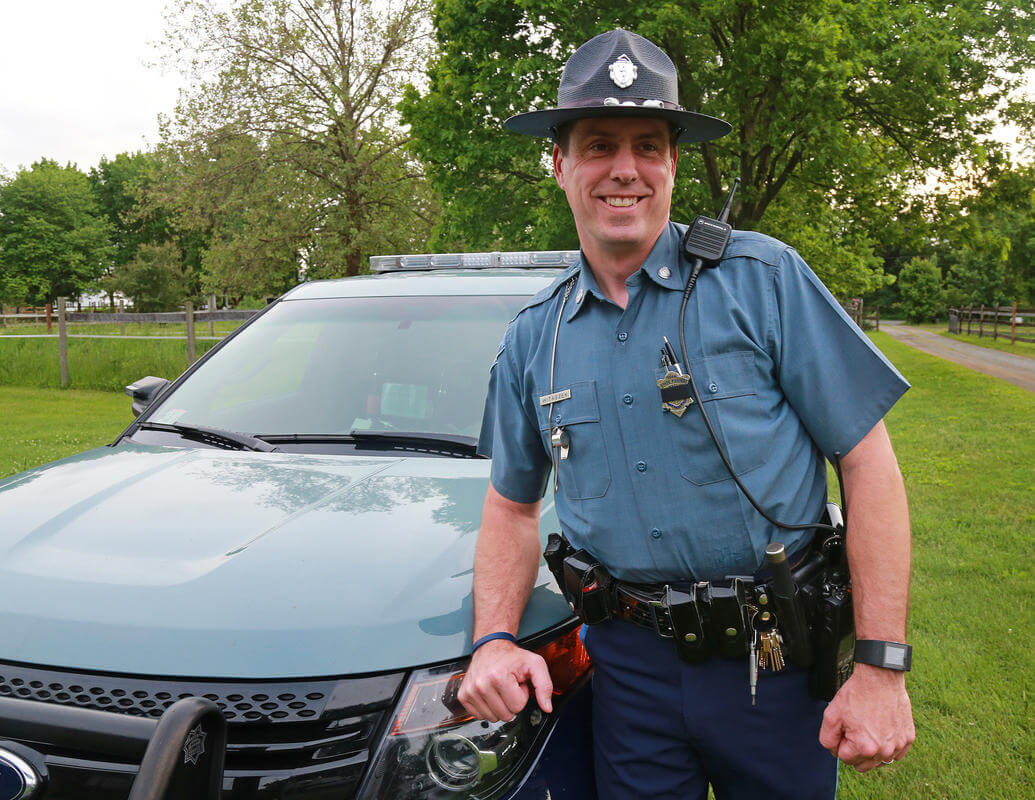 A decorated state trooper is being hailed as a hero after rescuing a 23-year-old woman just moments before flames engulfed her car. Trooper Glenn Witaszek — who earned the Medal of Valor in 2013 after a 2012 shootout in Chicopee — received a report of a single-car crash on the Mass Pike in Palmer yesterday. As he approached, he saw the car in the woods with smoke coming from it. He recounted the rescue to the Herald’s Chris Villani. Luckily, I was there within a matter of moments. The vehicle was already in flames … the engine compartment and the front seat were in flames. The vehicle was on its side, basically wrapped around a tree, and the roof area was smashed down. The damage to the vehicle was tremendous, even minus being caught on fire. I parked about 20 feet away and ran toward the vehicle. I could hear a woman screaming, I noticed she was in the back seat area, screaming for help. With the vehicle on its side, it’s hard to push a door up to get out. It’s hard for one person to do it, never mind with a broken arm. Plus there was too much damage from the car, I am not sure that door was going to open at all. I told her, ‘Watch out, I am going to break the back window.’ I broke the window using an ASP, a baton, and was able to get her out of the vehicle. She was covered in blood, but I didn’t see any burn marks on her. She said her left arm hurt and she thought it was broken. Her father told me later that her left arm was broken, but no major, serious injuries. It was only a matter of moments before the rest of the car caught on fire and it was fully engulfed before the fire department got there. I brought her back to my cruiser. She was thankful … she had some cuts, but nothing was gushing blood at the time. She was grateful she was rescued. It’s a lot of trauma to be in that position to even think straight. It was a matter of timing. If I was there a minute or two later, I think I could have gotten her out, but she would have had some burns on her. Much longer after that, in my opinion, I don’t think she would have been alive. I have seen cars on fire … but not to that extent. I have seen where a little bit of the car is on fire … most of the time people get themselves out. This is the first time I have had to pull someone out of a car that was halfway on fire. Any other police officer would do the exact same thing. I don’t see myself as a hero. It’s very flattering, but I am doing my job. I am out there to protect people and keep people safe