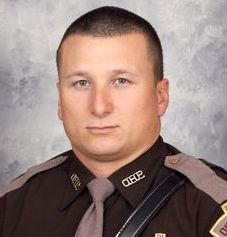 Join us in remembering the life and service of Tpr. Nicholas Dees, 30, of the Oklahoma Highway Patrol who was struck and killed by a vehicle east of Shawnee on Jan. 31, 2015.

Tpr. Dees and Tpr. Keith Burch, 27, were investigating a wreck involving a semi-truck on I-40 at approximately 10 p.m. when a vehicle went around their patrol cars before striking both troopers. Dees died at the scene. Burch suffered serious injuries.

Both Dees and Burch graduated from the 61st OHP Academy in 2013.

Dees is the son of a retired trooper, and his lifelong dream was to be a trooper, according to his wife Brandi, in a statement read at the memorial service. She thanked the OHP for meeting the family's every need since his death. She also thanked people who have written and said kind things about her husband. 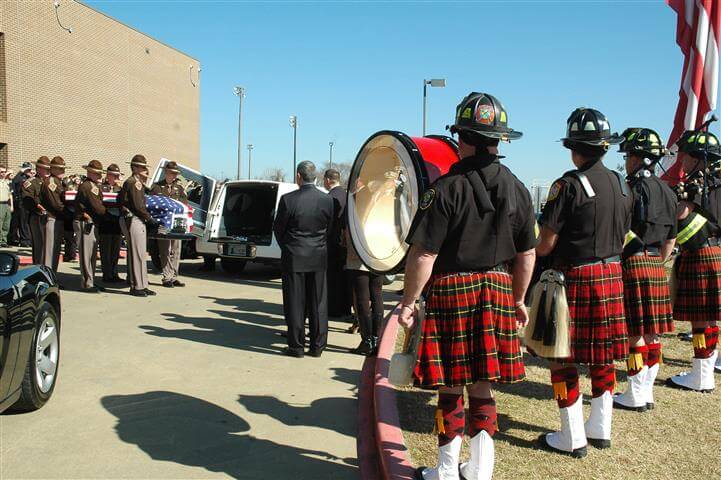 According to reports, the driver of the car they say hit Dees and Burch, Steven Wayne Clark, was charged with first-degree manslaughter. Authorities say he did not observe the state’s Move Over Law.

Dees became the 35th Oklahoma state trooper to die in the line of duty. He is survived by his wife and two young daughters.

The family of state troopers across the country mourns with the Dees family and the OHP family during this extremely difficult time, and extends its prayers for a complete recovery to Tpr. Burch.