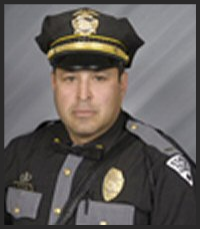 Lieutenant Michael Avilucea, 51, of the New Mexico State Police, died on Friday, May 30, 2008, after a single-vehicle rollover crash in Rio Arriba County.

Lt. Avilucea is the 26th New Mexico state trooper to die in the line of duty. He was a 26-year State Police veteran, commander of the Explosives Ordinance Disposal Team, working out of the Alamogordo State Police Post. He is survived by a son, Lucas and his parents Procopio and Clorinda Avilucea. 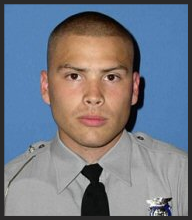 Trooper David Shawn Blanton Jr., 24, of the North Carolina Highway Patrol, died on Tuesday, June 17, 2008, when he was shot during a traffic stop on Interstate 40.

Trooper Blanton is the 59th North Carolina state trooper to die in the line of duty. Blanton, a native of Sylva, had served the citizens of North Carolina for two years. He is survived by his wife, Michela, and an 18-day-old son, Brendan. 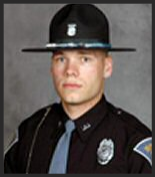 Trooper Daniel Barrett, 25, of the Indiana State Police, was killed January 27 in an automobile accident while he was traveling northbound on U.S. 31, south of State Road 110 near Rochester in Fulton County.

At approximately 10:45 PM his patrol car left the roadway and struck a tree on the driver's door, causing him to suffer fatal injuries.

Trooper Barrett had served with the Indiana State Police for only six months and was assigned to the Peru post. He had previously served as a correctional officer for the Indiana Department of Correction. Trooper Barrett, the 43rd Indiana state trooper to die in the line of duty, is survived by his parents, two brothers and one sister. 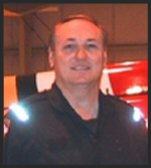 Four of the five people aboard a Maryland State Police medical helicopter were killed the morning of September 28 in Prince George's County, including one active and one retired trooper.

The deceased victims included Stephen H. Bunker, 59, a state police pilot and a retired MSP corporal; TFC Mickey C. Lippy, 34, the MSP flight paramedic; Tanya Mallard, 39, an EMT-B with the Waldorf Rescue Squad; and Ashley Younger, 17, who was a patient being transported. The surviving victim of the crash was Jordan Wells, 18.

At about 11 p.m. on September 27, MSP medevac helicopter Trooper 2 was dispatched to the scene of a traffic crash in Waldorf. The crew flew to the crash scene and picked up two patients, Younger and Wells. Joining the crew to assist with medical care on the flight to the hospital was Mallard, who had responded to the scene with the Waldorf Rescue Squad.

Trooper 2 lifted off and headed to the Prince George's Hospital Center, but when no call came from the helicopter crew notifying dispatch that they had landed, the state police Forestville Barracks and several nearby agencies launched a search for the helicopter just after midnight. Flight-following equipment was used to locate the region of the crash, and just before 2 a.m., officers on foot found the crash scene, located in a wooded area within the Walker Mill Regional Park in Forestville. Officials from the National Transportation Safety Board and the Federal Aviation Administration reported to the scene, as well as MSP investigators. News reports claim that inclement weathered played a part in the crash.

The four deceased victims were pronounced dead at the scene. The surviving victim was transported by ambulance to the Prince George's Hospital Center and was being treated for injuries at the time of this report.

Bunker had been with the department since 1972 and held a commercial pilot's license and was a certified flight instructor and a certified instrument flight instructor. He also had a single engine airplane pilot's license. He was a state police corporal who retired in 1998 and returned to service as a civilian pilot. He had flown for the MSP for more than 24 years. He is survived by his wife and three grown children. 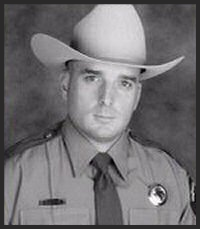 Trooper James Scott Burns, 39, of the Texas Highway Patrol, died on Tuesday, April 29, 2008, when he was shot multiple times after pulling over a car just west of Kellyville in Marion County.

Trooper Burns is the 83rd Texas state trooper to die in the line of duty. He joined the Department of Public Safety five years ago on March 1, 2003. He had been stationed in Jefferson since September 2006. Trooper Burns was born in Longview and graduated from Tyler Junior College. He is survived by a wife, Michaela, and a 5-month-old daughter, Micah. 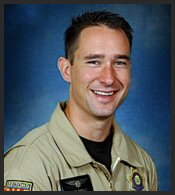 Arizona Department of Public Safety (DPS) Air Rescue Paramedic Bruce Harrolle died in the line of duty on Monday, October 13, 2008. Officer Harrolle, part of a DPS helicopter team that was called to Bear Mountain to rescue two stranded hikers, was killed when he was fatally injured by one of the helicopter's rotor blades.

Officer Harrolle was the 27th Arizona DPS Officer to be killed in the line of duty. He is survived by his wife, Angela, two young children and his parents. Officer Harrolle, 36, was a nine-year veteran of the department. 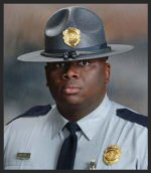 L/Cpl. James D. Haynes, 38, of the South Carolina Highway Patrol was killed February 1 in a vehicle accident on Highway 33 while on duty in Orangeburg County as he was responding to another traffic collision.

Haynes graduated from SCHP Training School in 1997 and was assigned to Troop 7, Post B, which includes Orangeburg and Calhoun counties. Haynes, the 46th member of the SCHP to die in the line of duty, is survived by his wife and two children. 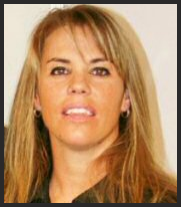 Trooper Kara Kelly-Borgognone, 33, of the Nevada Highway Patrol, died on Thursday, February 28, 2008, as a result of a patrol car crash that occurred on February 25th. Trooper Kelly-Borgognone was responding to a call involving a possible bomb at a local gas station in Spanish Springs when her patrol car collided with another vehicle during the response. She was transported to a local hospital where she remained in grave condition until her death.

Kelly-Borgognone, a 2 year veteran trooper, had previously served with the Nevada Division of Parole and Probation for eight years before joining the Nevada Highway Patrol. She is survived by her husband and two daughters. 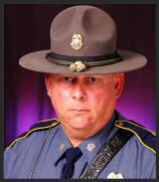 Sgt. Richard C. LeBow, 51, of the Arkansas State Police was killed the morning of February 4 while on duty along Interstate 40 near Mulberry.

LeBow, a 27-year veteran of the ASP and the 19th Arkansas state trooper to die in the line of duty, was killed following a collision of his patrol car and a tractor trailer truck. The truck driver was treated for injuries.

LeBow is survived by his wife and two sons. 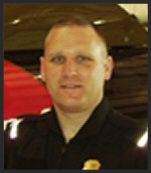 Lippy was appointed to the state police four years ago and had been in the Aviation Command as a flight paramedic since April 2007. He is survived by his wife and 4-month-old daughter.

The aircraft was a Eurocopter Dauphin II twin jet engine helicopter that became part of the state police fleet in 1989 and was the second helicopter purchased in the current fleet. The helicopter completed a 100-hour inspection on September 24. 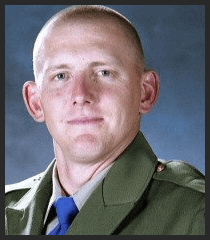 California Highway Patrol Officer Joseph Sanders died in the line of duty on Monday, December 15, 2008, after being struck and killed by a vehicle while directing traffic at the scene of a previous accident on Pomona Freeway in Hacienda Heights, California. The vehicle that struck Officer Sanders had collided with another car on the rain-slicked highway at approximately 4:20 am.

Officer Sanders, 29, a Marine Corp veteran who fought in Fallujah, Iraq, had been on the job about a year. He lived in Carona and leaves behind a pregnant wife and three children ages 7, 3, and 10 months.

Officer Sanders is the first CHP officer killed this year and the 214th CHP officer to die in the line of duty since 1929. 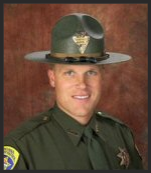 Montana Highway Patrol Trooper Evan Schneider died in the line of duty on Tuesday, August 26, 2008. While attempting to pull over a vehicle, an oncoming pickup truck crossed the center line and struck the trooper's car head-on. Trooper Schneider and the driver of the pick-up died at the scene.

Trooper Schneider, of Kalispell, is a 4-year veteran of the Montana Highway Patrol. He is the 6th Montana state trooper to die in the line of duty in the Highway Patrol's 73-year history. Schneider, who joined the MHP in January 2004, is survived by his wife, Carrie, and his brother, James, who also is a trooper stationed in the Kalispell district. 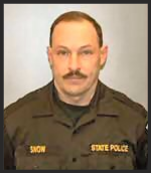 New York State Police Trooper Shawn Snow died in the line of duty on Sunday, August 3, 2008, when he was electrocuted while assisting a driver change a flat tire on an antique fire truck in Ogdensburg. As Trooper Snow and the truck's driver worked on the tire, the fire truck's ladder came in contact with overhead power lines. Trooper Snow and the truck's driver were both killed instantly.

Trooper Snow, a 19-year veteran of the force, is the 116th New York state trooper to die in the line of duty. Snow was a graduate of Hermon-DeKalb Central School, DeKalb Junction, and also served six years in the Navy and four years in the Coast Guard. He joined the state police in October 1989. He is survived by his wife Penny, sons Eric and Jamie, step-children Shelby, Heather and Tony Hughes, his parents Ed and Inez Snow, as well as two brothers, two sisters, and three grandchildren. Trooper Snow was also a long serving member of AAST. 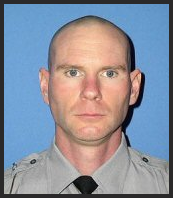 North Carolina Highway Patrol Trooper Andrew "A.J." Stocks died in the line of duty on Tuesday, September 9, 2008. While on his way to another accident, his patrol car collided with a garbage truck. Trooper Stocks was transported to the hospital where he died as a result of his injuries.

Trooper Stocks joined the North Carolina Highway Patrol in April, 2004, and was assigned in Troop "C," District 3, in Raleigh. Trooper Stocks grew up in Wake County, where he graduated from Cary High School in 1983. Trooper Stocks is the 60th Trooper to be killed in the line of duty since the formation of the Highway Patrol in 1929. He is survived by his wife, Liane Gae Stocks and daughter, Ashley Nicole Mallet. Trooper Stocks was a graduate of the 109th Basic Patrol School and a five year veteran of the Patrol.