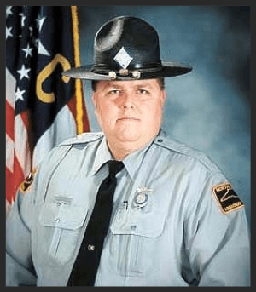 North Carolina Highway Patrol Master Trooper Kyle P. Barber died in the line of duty on Tuesday, May 19, 2009. Trooper Barber succumbed to complications of injuries sustained two years earlier when he was struck by a vehicle. Trooper Barber was assisting another trooper who had stopped an ATV on a rural road in Wilkes County. During the stop the ATV rolled and pinned Trooper Barber against his patrol car, causing him to suffer major injuries.

Trooper Barber is survived by his wife, Lynn, two daughters and a son. 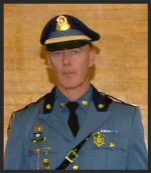 Massachusetts State Police Captain Richard J. (Rick) Cashin died in the line of duty on Wednesday, January 28, 2009. Captain Cashin was killed in an automobile accident while on duty in Saugus, Massachusetts. His patrol car left the roadway and struck a utility pole.

Captain Cashin is survived by his wife and four children, two sons, ages 9 and 13, and two daughters, aged 24 and 25. 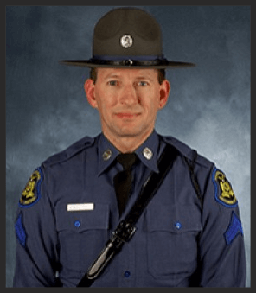 Missouri Highway Patrol Trooper Dennis Engelhard died in the line of duty on Friday, December 25, 2009. Trooper Engelhard was fatally struck by a vehicle while investigating a minor accident on Interstate 44, in Eureka, on Christmas Day. Another vehicle lost control due to icy road conditions and struck him as he walked to the rear of his vehicle.

Trooper Engelhard, 49, was a 10-year veteran of the Missouri Highway Patrol. He is survived by his parents, who live in the Kansas City area. 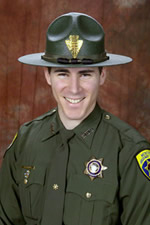 Montana Highway Patrol Trooper Mike Haynes died in the line of duty on Friday, March 27, 2009. Trooper Haynes succumbed to injuries sustained five days earlier when a car being operated by an intoxicated driver struck his patrol car head-on on US 93 near Kalispell. That driver was also killed in the collision.

Trooper Haynes, 28, was sworn in as a trooper in August 2006. He is the third Montana Trooper to be killed in the line of duty in the past 18 months, all in the Kalispell area, and becomes the seventh in the Patrol's 74 year history.

Trooper Haynes is survived by his wife Tawny, his two young children Taryn and Elias, and his parents, John and Melody Haynes of Kalispell. 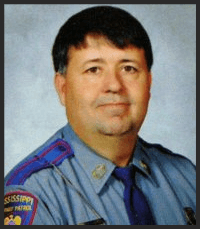 Mississippi Highway Patrol Master Sergeant, and long time AAST member, Steve Hood died in the line of duty on Friday, May 29, 2009. He was killed in an automobile accident while pursing a vehicle on State Highway 370 near the Lee County - Prentiss County line. Sergeant Hood's vehicle left the roadway and struck a tree, causing fatal injuries.

Sergeant Hood, 50, joined the Mississippi Highway Patrol in 1982 serving most of his career with Troop F in New Albany. He is the 27th trooper to die in the line of duty since 1940, the first since 1999.

Sergeant Hood is survived by his wife of 26 years, Lisa Little, twin daughters, Stacie and Stephanie and one son, Matthew. 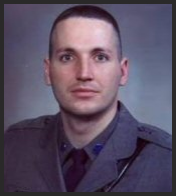 New York State Police Trooper David Lane died in the line of duty on Wednesday, November 4, 2009. Trooper Lane was killed in an automobile accident while on patrol when he attempted to pass another vehicle. The vehicles made contact and Trooper Lane's vehicle drove off the roadway and struck a telephone pole, causing him to suffer fatal injuries.

Trooper Lane was a resident of Green County. He had served with the U.S. Army in Iraq and Afghanistan. Trooper Lane had worked for the state police for four years, beginning in Troop F, which includes the Catskill barracks, and then being assigned to Troop D in Oneida, in central New York, before returning to Catskill.

Trooper Lane was a 1997 graduate of General Brown High School and attended Albany State University before being prompted to join the Army after the September 11, 2001 attacks. He is survived by his parents, Cheryl D. and Stephen R. Lane. 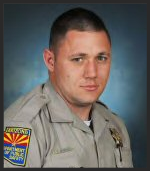 Arizona Department of Public Safety Officer Chris Marano died in the line of duty on Thursday, December 17, 2009. Officer Marano was struck and killed by a patrol car involved in a vehicle pursuit as he laid out spike strips. The pursuit continued and the suspect was eventually apprehended during a foot chase after she bailed out of her vehicle.

Marano, 28, grew up in the Twin Cities and attended Washburn High School, where he was a varsity swimmer. After school, he enlisted in the Navy, where he worked as a military police officer while stationed in Italy. 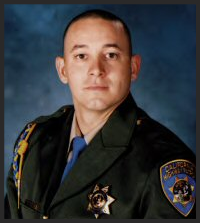 California Highway Patrol Officer Jarrod John Martinez died in the line of duty on Thursday, October 29, 2009. Officer Martinez was killed in a motorcycle accident while driving home from a traffic-court appearance in Santa Barbara. A vehicle driving the opposite direction entered his lane of traffic heading the wrong way while attempting to make a left turn. Officer Martinez braked to avoid a collision but his motorcycle slid from under him and he struck the vehicle. He was dragged approximately 50 feet.

Born in Massachusetts in 1979, Martinez moved to Santa Barbara in 1983. He is a 1997 graduate of San Marcos High School. He is survived by his wife, Patricia, and 4-year-old daughter Julia. 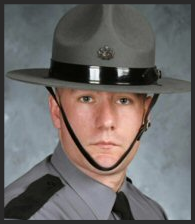 Pennsylvania Highway Patrol Trooper Joshua Miller died in the line of duty on Sunday, June 7, 2009. He was shot and killed while attempting to apprehend a kidnapping suspect. The suspect was also killed during the exchange of gunfire.

Trooper Miller, 34, graduated from the State Police Academy in April 2003 and was assigned to Troop M, Bethlehem. He later transferred to Troop N, Swiftwater.

Trooper Miller is survived by his wife, Angela, and three children. 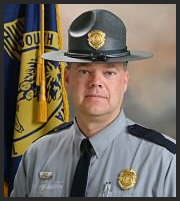 South Carolina Highway Patrol Lance Corporal Jonathan S. Nash died in the line of duty on Saturday, September 19, 2009. Corporal Nash was killed in a motorcycle accident while escorting a memorial charity ride in memory of Trooper Hardy Godbold. A vehicle pulled in front of Corporal Nash's motorcycle, causing a collision.

Corporal Nash was a resident of Union County. Nash was a 15-year veteran with the Highway Patrol and served on the ACE Team Motor Unit since 2004. He served in the U.S. Marine Corps from 1986-93 and was a native of the Bradenton area in Florida.

Corporal Nash, 41, is survived by his parents, Dan and George-Ann Nash, both of Anderson, and a 14-year-old daughter. 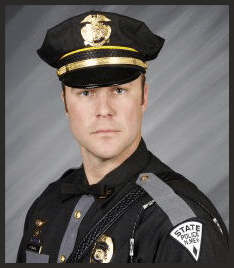 New Mexico State Police Sergeant Andrew (Andy) Tingwall died in the line of duty on Thursday, June 11, 2009. He died following a police helicopter crash on a mountainside near Santa Fe, New Mexico. He and a police observer had just taken off after rescuing a stranded hiker when the helicopter struck the mountainside and crashed.

Sergeant Tingwall was a 13-year veteran of the NMSP. In addition to being assigned as a pilot to the Special Operations Bureau of the NMSP, he had been a member of the TACT team for many years (a position he gave up to become a pilot) and previously served as a Patrolman in Gallup, New Mexico and as a Training officer at the New Mexico State Police Academy in Santa Fe.

Sergeant Tingwall is survived by his wife, Leighann, and two daughters.