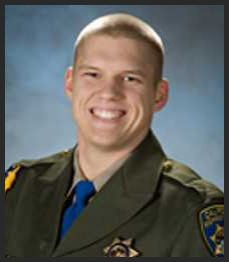 California Highway Patrol Officer Thomas Adams died in the line of duty on Tuesday, February 15, 2011. Officer Thomas Adams was killed in an automobile accident while on patrol. He was driving north on Highway 101, just south of Piercy in Mendocino County, when his patrol car was struck head-on by a southbound vehicle. Officer Adams died from the injuries sustained in the collision.

Officer Adams, 24, had served with the California Highway Patrol for two years. He is survived by his parents, Bruce and Karen. 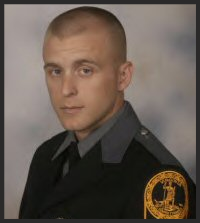 Virginia State Police Trooper Adam Bowen died in the line of duty on Friday, June 24, 2011. Trooper Bowen was killed when his patrol car was involved in a collision in King George County. He was responding to a call for assistance from a Virginia State Police special agent. He was traveling westbound on Route 3 and as he entered the intersection of Route 3 and Madison Drive his patrol car collided with a vehicle that was traveling eastbound. The impact forced the patrol car to run off the road and strike a traffic pole. Trooper Bowen died at the scene.

Trooper Bowen, 28, had served with the Virginia State Police for three years. He had previously served with the U.S. Air National Guard and participated in Operation Iraqi Freedom and Operation Enduring Freedom. He is survived by his parents and fiancée. 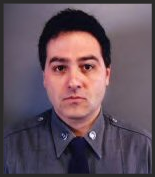 New York State Police Trooper Kevin Dobson died in the line of duty on Saturday, March 26, 2011. Trooper Dobson was struck and killed by a vehicle while making a traffic stop on I-290 in Erie County.

Trooper Dobson, 43, had served with the New York State Police for 14 years. He is survived by a 16-year-old son, two daughters ages 15 and 4, his partner, Bridget Hastings, and her son. 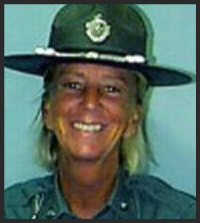 Massachusetts State Police Trooper Ellen Engelhardt died in the line of duty on Wednesday, June 1, 2011. Trooper Engelhardt succumbed to injuries sustained eight years earlier when her patrol car was struck by a drunk driver on Route 25 in Wareham. Trooper Engelhardt was parked on the shoulder of the road when the drunk driver struck the rear or her vehicle at nearly 90 mph. Her injuries left her in a vegetative state and she was unable to speak or communicate.

Trooper Engelhardt, 58, had served with the Massachusetts State Police for 23 years. She is survived by her daughter. 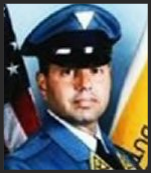 Trooper Fotiou, 53, had served with the New Jersey State Police for 23 years. He is survived by his mother, stepfather, and sister. 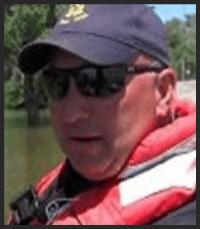 Missouri State Highway Patrol Trooper Fred Guthrie died in the line of duty on Monday, August 1, 2011. Trooper Guthrie and his K9 Reed were presumed drowned after being swept into flood waters in the area of Routes 118 and 111 in Holt County. Trooper Guthrie was on river flood patrol duty when another patrol unit discovered his patrol truck idling on the road at about 3:00 pm, with his patrol boat still on its trailer. The search was officially changed to a recovery effort later that evening. K9 Reed's body was recovered Tuesday evening while Trooper Guthrie remains missing. 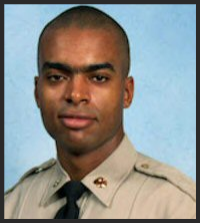 Maryland State Police Trooper Shaft Hunter died in the line of duty on Saturday, May 21, 2011. Trooper Hunter was killed when his patrol car collided with the back of a tractor trailer that was parked on the shoulder of Interstate 95 in Howard County. It is believed that he was pursuing a speeding motorcycle when the collision occurred.

Trooper Hunter, 39, had served with the Maryland State Police for 11 years. He is survived by his wife and six children. 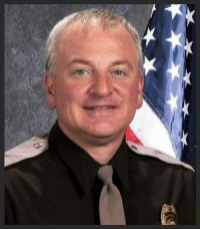 Iowa State Patrol Trooper Mark Toney died in the line of duty on Tuesday, September 20, 2011. Trooper Toney was killed in an automobile accident on U.S. Highway 65/69, south of Indianola. He was traveling with emergency equipment activated when the patrol car left the roadway and overturned several times, landing in a field. The vehicle burst into flames during the accident.

Trooper Toney, 43, had served with the Iowa State Patrol for 24 years. He is survived by his two sons and parents. 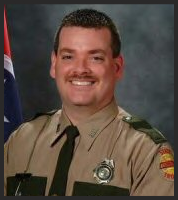 Tennessee Highway Patrol Trooper Andy Wall died in the line of duty on Saturday, May 7, 2011. Trooper Wall was killed in a motorcycle accident on the Sam Ridley Parkway, in Smyrna. He was escorting members of the U.S. Air Force's Thunderbirds to an air show when another vehicle struck the motorcycles that Trooper Wall and another trooper were riding. Trooper Wall was transported to a local hospital where he succumbed to his injuries. The other trooper was treated and released.

Trooper Wall, 36, had served with the Tennessee Highway Patrol for seven years. He is survived by his parents, sister, and girlfriend. 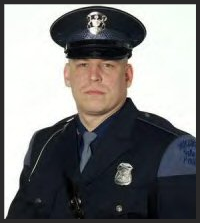 Michigan State Police Trooper Jeffrey Werda died in the line of duty on Wednesday, April 6, 2011. Trooper Jeffrey Werda was killed in an automobile accident while responding to assist Saginaw County deputies who were involved in a pursuit. Several minutes after he notified dispatchers he was responding to assist, a motorist called 911 to report finding a crashed patrol on Birch Run Road. Trooper Werda's patrol car had rolled over several times and he was ejected from the vehicle.

Trooper Werda, 43, had served with the Michigan State Police for 11 years. He is survived by his wife and three children.